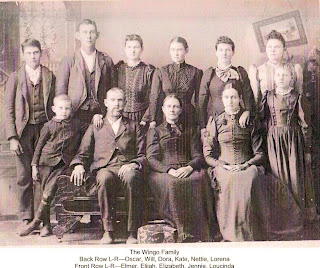 The doctor in Graves County, Kentucky told Elijah Willis Wingo that if he wanted to live through another winter, he would have to go west. Taking the doctor's advice, in the fall of 1869, Elijah, accompanied by a few other Graves County families, took his young family and made the thirty-two day journey behind a team of mules to Erath County, Texas.

At times the caravan included as many as seven families along the route to Texas. Besides traveling over the rough roads, the travelers were frequently required to pay a toll for the privilege of crossing bogs and streams on piles of logs. They had decided to rent once they reached their destination, but when they arrived in Stephenville were only able to locate an abandoned log cabin with two rooms. The cabin was shared with his brother-in-law's family and each family was given one of the two rooms. In a 1927 article in the Denton Chronicle newspaper, Elijah's wife Elizabeth chuckled on recalling the memory of her husband joining the women in tears at the dismal outlook.

In another article from the Denton Record-Chronicle written in 1930 on the occasion of the 71st anniversary of Elijah Willis Wingo and Almina Elizabeth Latta, Elijah recalled that as dismal as the living conditions were in those early days in Erath County, they were not as harsh as what they had left behind in Kentucky following the Civil War. Their home on the plantation of his father Jerman J. Wingo was at first confiscated as a hospital and later burned. 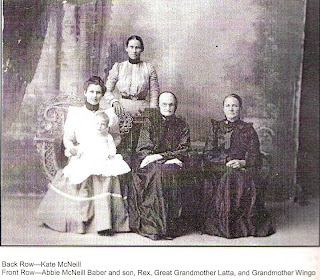 Elizabeth Wingo recounted that for a year she cooked over a fireplace and slept on a bunk of limbs from trees with the bark peeled off and had neither milk nor butter for her small children.

Near Lingleville they bought a 100 acre farm for $3.00 an acre. Ordinary prairie land sold for 75 cents an acre, but this was choice bottom land. In the fall of 1870, the Wingos' house was built with logs Elijah felled and hauled to Stephenville to be sawed into planks. The house included the first glass windows in the vicinity of Stephenville - two tiny panes inserted in one room. At that time it was a daring thing to put in glass windows since the Indians were still menacing the settlements.

Having corn milled required a trip to Bremond, a center of culture and commerce five counties distant. Elijah recalled that one of the trips took 15 days. The first cookstove in the Stephenville neighborhood was brought from Bremond in 1870 and on his next trip, Elijah drove his mules 200 miles and returned with seven bedsteads. Two range cattle were added once the first grass appeared and the children then had milk. Hogs were also raised and varied the diet of venison and wild turkey.

Elijah and Elizabeth Wingo raised nine children in Erath County and after 70 years of marriage, the Wingos still recalled the days of county fairs in Mayfield, Kentucky when they were sweethearts. Elijah Willis Wingo died at age 94 on December 14, 1930 in Littlefield, Lamb County, Texas and Almina Elizabeth Latta Wingo on January 16, 1932, age 92, in Stephenville, Erath County.


(Many thanks to Suzanne, descendant of Elijah Willis and Elizabeth Latta Wingo for sharing the wonderful photos. And a posthumous thank you to my late aunt Ruby Reeves Johnson who made several trips to Stephenville to meet our Wingo cousins and in doing so obtained the source documents for this post.)
Posted by Beverly Watson at 6:58 PM