Jesse Harley Reeves was my grandfather's younger brother, born 30 March 1890 in Blandville, Ballard County, Kentucky. Their father, Sidney Preston Reeves, died in 1905 at the young age of 46 and a few years later, Harley left Kentucky and began working in Yellowstone National Park. Harley's desire to visit this area may have been inspired by his older half brother Burley Douthit's military posting to Wyoming in 1909. Whatever the reason, Harley left Kentucky as soon as he became an adult and headed for the northwest. 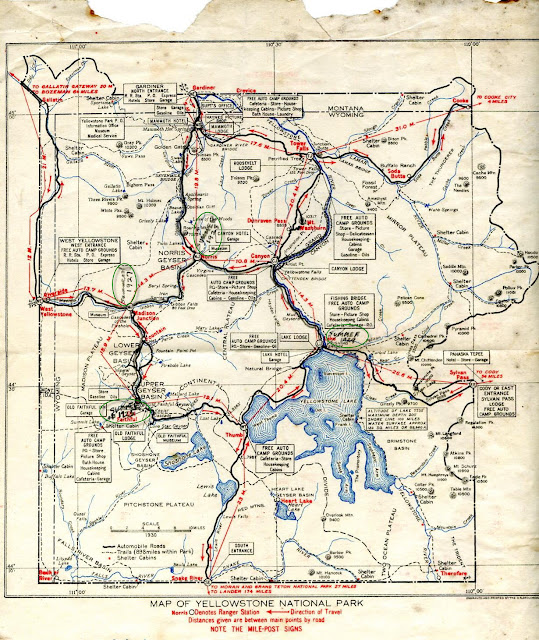 They returned to Kentucky to visit family around 1918 when the country was experiencing the terrible flu epidemic of 1918. Both Harley and Naomi along with some of the children contracted the flu but survived and returned to Montana and Yellowstone Park. 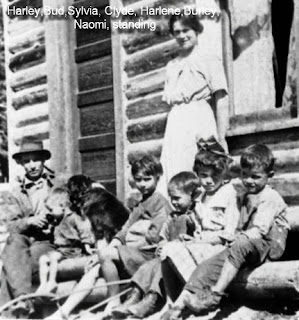 By 1930 the family had left Yellowstone for Yakima, Washington. There Harley was farming on the Yakima Indian Reservation in Washington State and the children were all attending school.

During the 1960's, Harley, Naomi and their granddaughter Doreen made several trips back to Kentucky. They even managed to visit Texas where Harley and my grandfather enjoyed several wonderful visits.

Harley and Naomi remained in Washington the rest of their lives. In Paulsbo, Kitsap, Harley died in 1960 and Naomi in Yakima in 1964 after living what I consider the great adventure of their family's time in the Yellowstone.


Special thanks to my cousin Carole Davey, granddaughter of Harley Reeves, for sharing these wonderful pictures and the map of Yellowstone.

Posted by Beverly Watson at 1:26 PM