An Originator of San Antonio's Fiesta 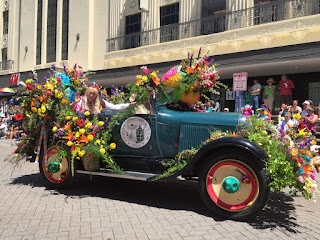 James Luther Slayden was the son of Letitia Ellison Beadles and Thomas Allison Slayden of Graves County.  After the Civil War, he attended Washington and Lee University in Virginia where he met and later married Ellen Maury.  He served as a U.S. Congressman from Texas from 1897 until 1919 and made his home in San Antonio. In that position, his wife was involved in many of the fetes and social functions of the privileged class in the San Antonio area. The Slaydens had no children and Ellen worked as a society editor of the San Antonio Express.

In 1891, inspired by the flower parades of Spain, Ellen Maury Slayden suggested that San Antonio stage a fete on April 21st, in memory of the fallen heroes of the Alamo and Battle of San Jacinto.  With the help of other ladies of her social circle, the idea gained the support of the San Antonio Club, a prominent all-male organization, which was the beginning of the Battle of Flowers Association. 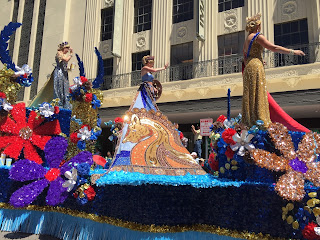 The first year the unpredictable Texas weather caused a delay of the inaugural Battle of Flowers Parade for three days. In spite of that, the event was considered a great success and has continued expanding to become the current 10 day Fiesta celebration with numerous parades and activities celebrating Texas independence as well as its diverse cultures.


2016 was the 125th anniversary of the Battle of Flowers Parade and the Fiesta as we now know it.  The floats are now decorated with artificial flowers unlike those early days when fresh flowers were used although there are occasional floats using the original concept of fresh flowers. 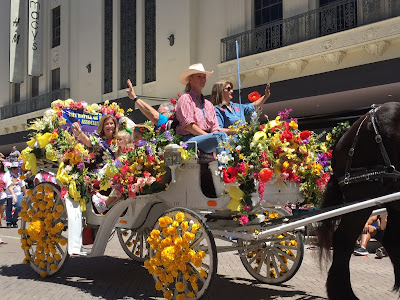 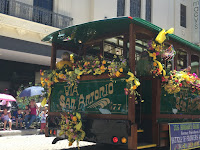 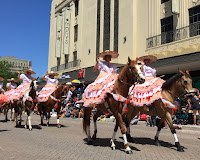 Posted by Beverly Watson at 8:37 PM