James Luther Slayden was born on the 1st of June 1853, the son of Thomas Allison Slayden and Letitia Ellison Beadles of Graves County, Kentucky. Both the Slayden and Beadles families had migrated from the area of Halifax and Pittsylvania counties in Virginia to the Jackson Purchase shortly after it was opened for settlement.

James was the youngest of their children and growing up in the Jackson Purchase, his early life would have been greatly affected by the Civil War. His oldest brother, Lewis Saunders Slayden, was a Capt. in the First Kentucky Brigade, known as the "Orphan Brigade" of the CSA, but became ill with what was then described as consumption from the constant exposure. He resigned his commission in October of 1862 and returned to Graves County where he died in 1864. The majority of the residents of the Purchase were southerners and their sympathies were primarily with the Confederacy which made the occupation of the area by Union forces for much of the war a distressing and difficult era.

Thomas Slayden died in 1869 after which Letitia took her younger children to New Orleans where they lived in the home of her brother James Nicholas Beadles who was a merchant there. In New Orleans James worked and attended school prior to attending Washington & Lee University in Lexington, Virginia. 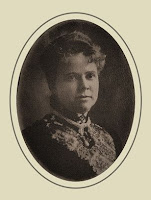 In 1876, he moved to San Antonio, Texas where he became a cotton merchant and rancher. On the 12th of June 1883, James Luther Slayden married Ellen McGregor Maury of Charlottesville, Virginia.

He was elected as a Democrat to represent Texas in Congress in 1896. In October of 1910, philanthropist Andrew Carnegie appointed him as one of the original trustees of the Carnegie Endowment for International Peace and for several years he was president of the American Peace Society.

He continued to be reelected for ten succeeding congresses. Future Fleet Admiral Chester Nimitz had originally wished to attend West Point but there were no appointments available. James L. Slayden, his congressman, told him that he had one appointment available for the Naval Academy and that he would award it to the best qualified candidate and the rest is history.

In 1918, he declined renomination to congress after receiving a telegram from President Wilson accusing him of not supporting the administration in regard to the war. The records do not reveal that Slayden actively opposed Wilson or the war effort. He did keep his head in the midst of war hysteria which was very strong at that time.

After his retirement, he divided his interests between an orchard in Virginia, a mine in Mexico and his ranch in Texas.

James Luther Slayden died on the 24th of February 1924 and is buried in the Mission Park South Cemetery in San Antonio, Texas. His gravestone is inscribed - "Member of Congress 1897-1919, One who loved his fellow men and labored for universal peace". I always wonder if it wasn't his childhood in the turbulence of the Jackson Purchase during the Civil War that inspired his dedication to the cause of peace.


For more indepth information regarding the Telegram from President Wilson see Tales of the New World.
Posted by Beverly Watson at 11:56 AM