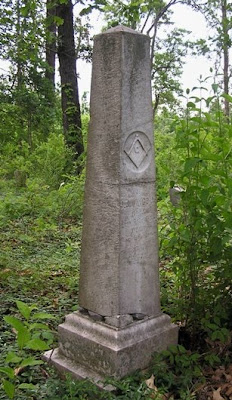 Jerman J. Wingo, Jr. was the son of Jerman J. Wingo and Ann Yancey Beadles Wingo. He is buried in the Greer Cemetery at Wingo, Kentucky with his parents and brother John William. Very little is known of him, even his cause of death at only 21 years old is unknown. Although he died shortly after the Civil War, there is nothing to indicate that he served during the war or that his death was the result of wounds received during it.

On my first visit to the Greer Cemetery over 30 years ago, this stone was broken and the upper portion, the obelisk, was lying on the ground. Thanks to the Wingo Homemakers Club's efforts in the 1980's it has been repaired and now stands a few feet from his parents' graves. 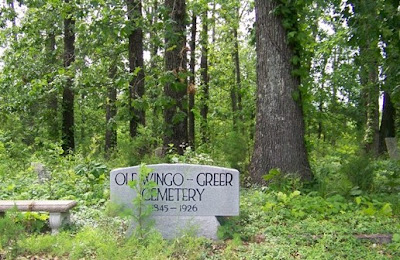 Posted by Beverly Watson at 5:10 AM